Catalytic Converter thefts have been running rampant around our country and especially here in Minnesota. In fact Minnesota has been one of the states hit the hardest with this problem. Our Minnesota Legislature has come up with a solution to prevent thefts. It’s called The Catalytic Converter Theft Prevention Pilot Program (Minn. Stat. 325E.21 subd.2b).

We know this topic brings up a lot of questions for people. Below we’ve answered some of the most common questions we get regarding the CatGuard program.

What  Is A CatGuard And How Does It Work?

The Catguard is a label that gets installed onto a cool to the touch catalytic converter. After the label is on a fluid then gets painted on top of the label. Once the vehicle gets started and warmed up the unique number gets etched onto the metal. The unique registered number can be traced by law enforcement back to a specific vehicle. So if a stolen converter tries to be sold, it will now be much easier to identify, report and trace back to the owner. 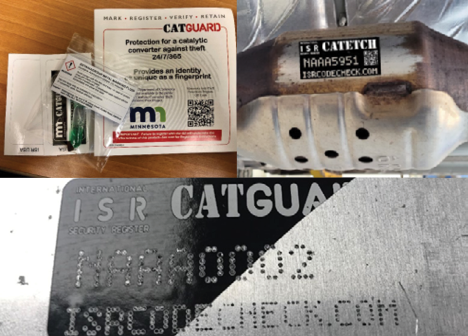 How Long Does It Take To Get The GatGuard Installed On My Vehicle?

Plan for 20-30 minutes to get the CatGuard installed. The application of the sticker and the liquid that goes on top of it goes fairly quickly but because the catalytic converter needs to cool before applying it, it takes some extra time. 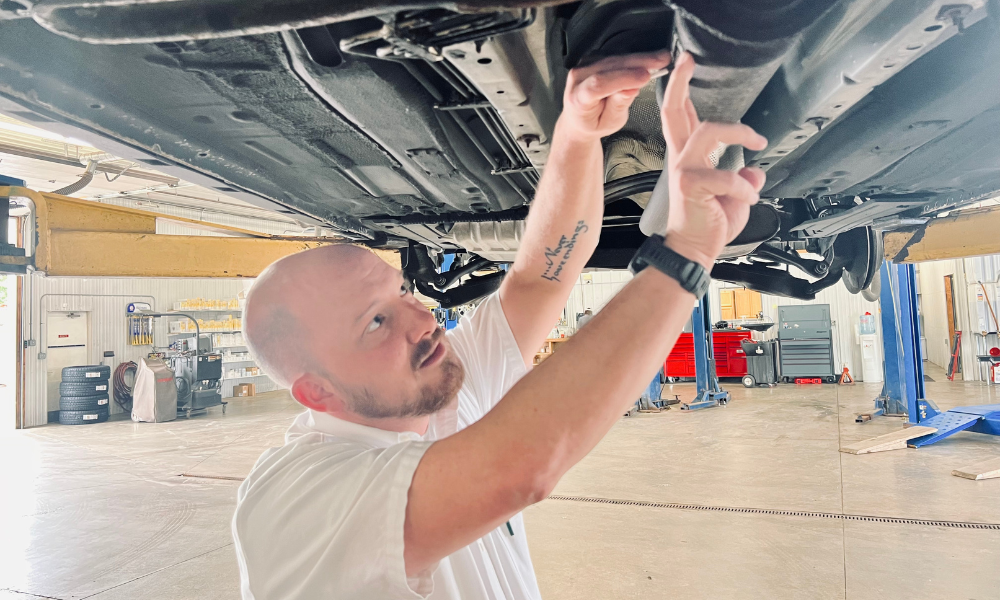 How Much Does Getting A GatGuard Cost?

Currently the materials for the CatGuards are being paid for by the city. At our shop in Wyoming, Minnesota, Victory Auto Service & Glass, we are installing them for free to any customer that wants, while they are in for their appointment. That means that you can get your vehicle protected completely FREE to you! Saving you hundreds of dollars in potential replacement costs. 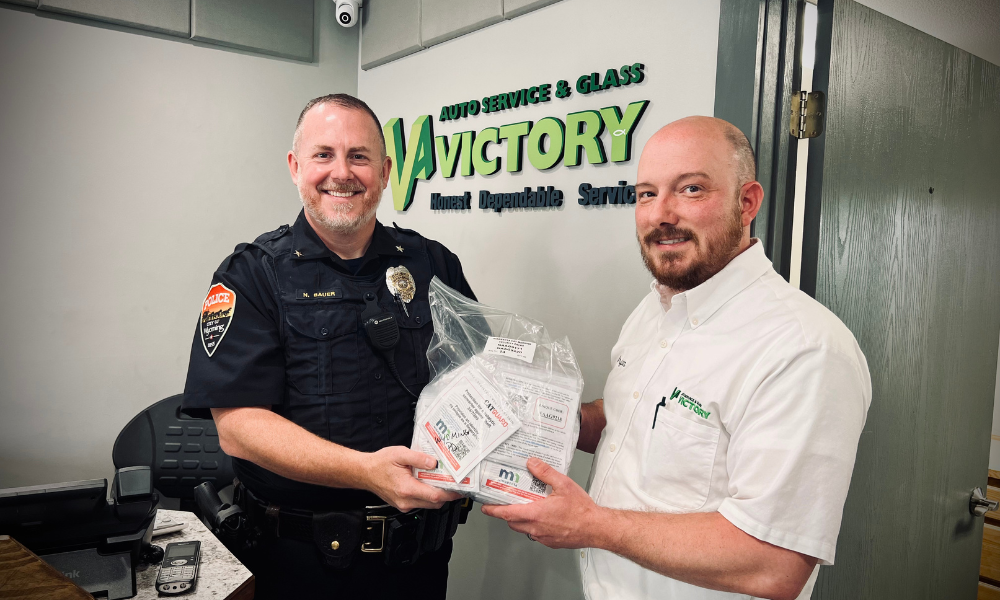 What Is A Catalytic Converter?

A catalytic converter is a part of the vehicle’s exhaust system that looks like a muffler and has an inlet and an outlet and is in line with the exhaust pipes that run from the engine to the muffler in the rear. It is technically an exhaust emissions control device that helps convert pollutant gasses into less harmful ones, making it an important part of the vehicle’s exhaust system. Our atmosphere and air quality would be much worse without them! In 1975, when catalytic converters were implemented, is when it all started. In 2009, there was an even more advanced converter that was developed for the states of California, New York, Maine, and Colorado. This is called a CARB Compliant Catalytic Converter and it has even more precious metals inside of it and does more cleaning and has a better conversion rate of harmful gasses into cleaner emissions. Here in Minnesota, our state only requires the federal government standard, EPA (Environmental Protection Agency) compliance converters.

Why Are People Stealing Catalytic Converters?

Catalytic Converters contain precious metals that can be worth up to $1,600. Criminals are cutting them off of vehicles in under a minute, turning around and selling them for those precious metals. Which leaves you with the expensive bill of having to replace it.

Where Are Vehicles Most Vulnerable To Catalytic Converter Theft?

Any vehicle that is parked outside is unfortunately vulnerable. People have had their converters stolen from their work parking lots, from shopping center lots and even their own driveways. It only takes thieves a minute to cut a converter off of a vehicle. If its possible try parking in well lit and visible spaces. If you park in your driveway, keep your lights on outside. A car parked in an unlit driveway is more vulnerable because the cover of darkness can make it easier and more comfortable for a criminal.

What Types Of Vehicles Are Targeted The Most For Catalytic Converter Theft?

Below is a list of vehicles that are most targeted by catalytic converter thieves. Make sure that if you have one of these vehicles, you are extra careful. Park in well lit places, preferably with a security camera overhead or with an on-duty security guard or lot attendant. The higher off the ground that your vehicle is, the easier it is to access the converter. Lower to the ground vehicles are more difficult to get your arm under, especially with an electric saw, so it’s harder to steal it quickly and keep moving on to the next vehicle.

Do All Vehicles Have Catalytic Converters?

How Can I Tell If My Catalytic Converter Has Been Stolen

It is actually really easy to tell if your catalytic converter has been stolen. When starting up your vehicle you will hear an almost deafening noise. Your vehicle will sound like a tractor or a diesel truck. You also will have a check engine light on. What you will want to do next is turn the vehicle off and look underneath just below the driver’s side front door. Look for the exhaust pipes near the middle of the underbody and see if there is a cut pipe or saw marks visible. If so, then your converter has been stolen. Sometimes, thieves aren’t able to cut the converter out all the way, due to being scared or risk of being caught. Check to see if your converter pipe is cut, but maybe the unit is still there.

Thanks for reading, let us know in the comments below if you have any other questions about the CatGuard Program!